There are many advantages in making Northern Colorado your home as Greeley, Fort Collins, and Loveland have so much to offer. These mid-sized cities are situated along the Northern Front Range and are relatively close to Denver. If you want a nice place to call home, Northern Colorado should be your destination. The following list of reasons to consider moving to Northern Colorado is brought to you by your Greeley retirement planning service.

According to several sources, many cities in Northern Colorado enjoys a crime rate significantly lower than the national average. If you want to live in a safe community, choose Northern Colorado.

With minimal pollution and over 300 days of sunshine a year, Northern Colorado has a great climate for those who want to spend time outdoors. And if you want to escape the city, the mountains are literally just minutes away.

Each year, it seems like cities like Fort Collins and Loveland land on lists for best places to live in the United States. For example, both Loveland and Fort collins made this list of best cities to live.

Larimer county, home to Loveland and Fort Collins, is ranked the seventh healthiest county in the state. This means there are many people in Northern Colorado who don’t smoke, aren’t overweight, eat healthily and get plenty of exercise. Livability magazine listed Fort Collins as the ninth healthiest city in the nation citing its strong social support, recreational opportunities and low-cost health care. 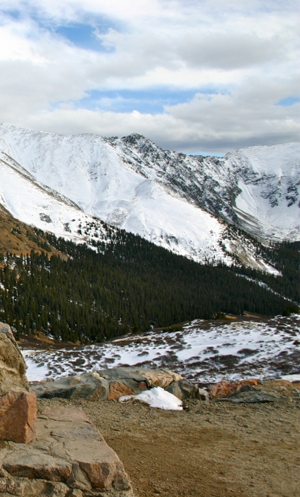 There are any number of reasons why people in Northern Colorado label themselves as happy. It could be the cost of living, all the sunshine or the community bonding, whatever the reason, over 90 percent of residents feel satisfied living in Northern Colorado.

Northern Colorado boasts a diverse mix of manufacturing, service-related and information technologies jobs. In fact, there are several Fortune 500 companies located in Northern Colorado including Anheuser-Busch and Agilent Technologies. In addition to these companies, there are several smaller companies in which you can start your career path. City and County Governments also prove to be excellent employers.

Whether you like art, music or having fun at a festival, Northern Colorado has a bustling cultural scene. From the Greeley Stampede to Bohemian Nights, there is always something for everybody in Northern Colorado.

If you already live in Northern Colorado, you are already aware of all these reasons. If you are new to the area, these are compelling reasons to stick around.

We Specialize in All Your Accounting Needs

Get To Know Us

Our team has been helping clients in the Northern Colorado area for years.

We offer services for business owners, executives, and individuals.

Our monthly newsletter helps you achieve your financial goals.